In the spirit of Christmas, I wanted to share a little story of generosity with you.

I have been very excited over the last 5 days to see people buying the pattern for Whirlwind Socks.  At last check, around 26 people have helped me accumulate a donation to send to the City of Washington Tornado Recovery Fund.  I've been very happy to see people from all over the place purchasing it - not just midwesterners who are familiar with tornadoes, but East Coast residents who might have experience with hurricanes and Europeans who have probably only see that sort of devastation on tv.

I've also seen familiar names of local knitters come through my paypal account.  But this morning I woke up to the name of a Washington acquaintance in my inbox.  She is someone I knew from the days when I taught music at a local grade school.  I remembered being at her house for some reason or another (I think she hosted some sort of baby or wedding shower that the teachers all attended) and I had a moment of relief thinking, "She must have been really lucky because most of the section of the neighborhood she lives in was heavily damaged."  (The photos I posted in my last blog post were taken very close to where I remember her living.)

Then I noticed the address paypal sent along with her payment.  "Oh, she has moved to a different town," I thought.  Still lucky - I bet her old house didn't make it.

Next I clicked from my e-mail inbox over to Ravelry where I had a message in my inbox….it was from this same acquaintance.  She just wanted to say some very kind things about the fact that I was donating pattern sales to this cause.  But here's the kicker.  She said she was living in the town I saw in her paypal address "while we rebuild".  So yeah, she obviously lost her house, and here she was sending in her $5 donation like so many others have already done.  And while I'm touched and have to hold back tears as I type this, I'm not at all surprised.  Because that's the kind of people we live with in this town - they may have problems of their own, but they're never in such bad shape that they can't help out a friend or a neighbor.

I was talking to a close friend not too long ago about what a crap year 2013 has been for so many people we know.  She was saying it's hard to understand why some people seem to have everything go wrong all at once.  She referenced a mutual friend who lost her dad very suddenly just a couple months ago, then had her house heavily damaged in the tornado.  I told her that the friend probably has her bad days, but she's also probably looking at the people around her thinking, "I feel so bad for my neighbors because, while my house was very damaged, their houses are completely gone."  If there's one thing I've learned this year, it's that we are able to handle whatever life brings our way.  And part of handling it is realizing that someone always has it worse than you.  Sure, I was basically sick from April through December of this year, but there are other chronically ill people out there who don't have a husband who takes care of them when they can't do it themselves, a mother who will drop everything and drive for 2 hours to give that husband a hand when he needs it, or fantastic health insurance so they can get the care they need without worrying about going bankrupt.

When the tornado hit,  I was ticked that I was too weak to go outside to help with sorting through the debris and cleaning up (I learned my lesson with the chin stitches, universe!  I'll be good until I get my strength back!)  But I did find a donation center where the kids and I could help by organizing clothing donations, and a school kitchen where we could help prepare food that was taken out to volunteers.  It's the same philosophy that I saw in the Ravelry message this morning: no matter what each of us is facing, we get through it by looking outside ourselves and trying to find something that we can do for other people.

So I thank you, Washington acquaintance (you know who you are!), and the 25 other knitters who have helped support tornado recovery.  You all make me proud to be counted as a member of "Team Knitter".

If anyone else wants their donation sent in at the end of the month with my first check, you can find the sock pattern here.
Posted by Nicole at 7:59 AM No comments: 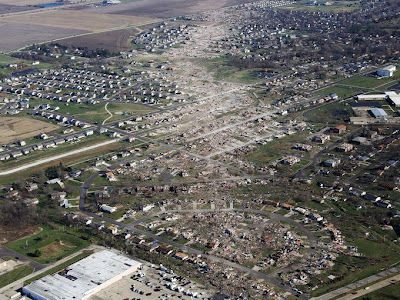 For the past two years, I've made it a point to thank my pattern customers each year by releasing a pattern around Christmas and offering a coupon code so people can download it for free.  This year, I hope my pattern customers will understand why I decided to change things up a little and instead of releasing a pattern for free, I'm asking if you would join me in benefitting a cause that is near to my heart. 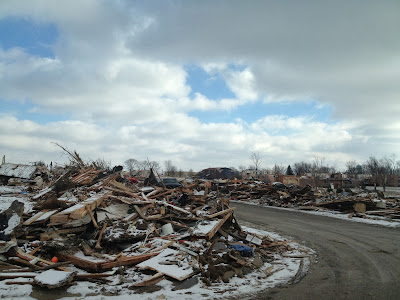 A month ago you may have seen coverage of a bad day of tornados in the midwest.  The hardest hit community that day was Washington, IL.  I've lived in Washington since I graduated from college.  I taught music at one of the local grade schools for a few years before we had kids, so I've had an opportunity to become acquainted with a large number of the families in this community.  Washington may not be my "hometown", but it is the town we've lived in ever since we were married 15 years ago, and it's the only home my kids have ever known. 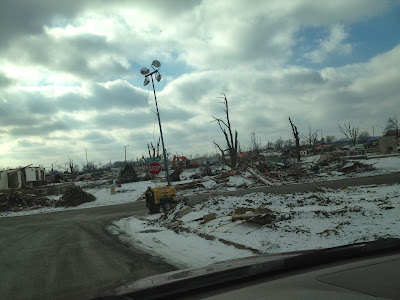 We were very fortunate that day that our house was not in the path of the tornado.  In fact, driving through our neighborhood right after the storm, you never would have known what sort of destruction you'd see less than a mile away.

In the days after the tornado, all sorts of organizations descended upon our town.  The Red Cross and FEMA were there.  Team Rubicon and other volunteer disaster clean-up teams have worked tirelessly alongside local volunteers to sort through and clean up the debris.   Churches organized teams of volunteers and sent them to where they were needed.  Church and school groups were busy cooking meals that they served in their facilities as well as took out to people who were working outside.  It was really amazing to see the outpouring of support from people who came from all over the place to help out.

The tornado went through town on a Sunday.  Power was knocked out to most of the town and because of the location of our house, we're always last on the power restoration list.  So the next day, the kids and I drove up to my parents' house where I sat around stewing about not being able to help out. 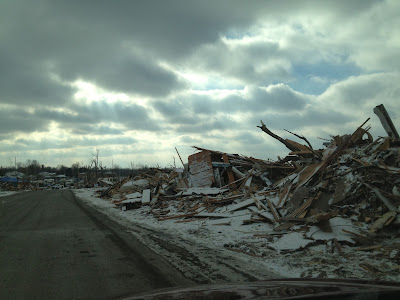 To pass the time, I decided to knit some socks.  These socks started out as my "I'm away from home with nothing to do with myself" project, but as I worked, I realized that maybe I could use these socks to help out.  I'd write up the pattern and release it as a tornado benefit.

You wouldn't believe the costs that go into dealing with a disaster like this.  Yes, hopefully the homeowners will have insurance and each individual's out-of-pocket cost should be somewhat limited, but the city will have huge costs to take care of.  Right after the tornado, police, fire & paramedics from all the surrounding towns came to help, and they will all be paid.  For at least a week after the disaster, extra police were manning check-points at the roads that led into the affected areas to keep the damaged homes somewhat secure, and those workers need to be paid.

Bringing in heavy machinery and manpower to help with clean up doesn't come cheap, and in fact the city announced it had run out of money to help homeowners clean up just a couple days after the city started sending out trucks to pick up the debris.  But the biggest long-term problem for our city is that because the tornado destroyed so many homes (leveled + damaged houses = almost 1100 total) and tore right through the section of town that has the newest real estate, we lost 47% of our residential real estate value.  So right when the city will need funds the most, it will take a huge hit to its income from property taxes.

The recovery from this tornado will be long-term.  Because we've already had snow here, even the clean-up is going to take a while.  I am thankful that everyone I know who is currently unable to live in their homes has found rental housing.  I was happy to see how local realtors and insurance companies worked very quickly to get people out of hotels and into rental homes.  There are many organizations that are set up to take donations, but I will be donating proceeds from this pattern directly to the City of Washington Fund that has been set up at a local bank. 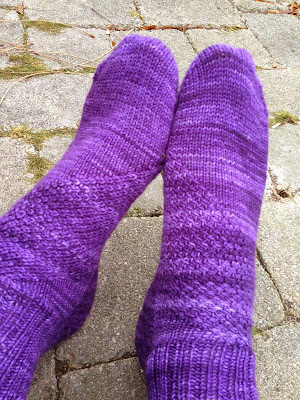 One 100g skein of pretty much any fingering-weight yarn is going to be plenty for a pair made in either size (the pair in the photo was made from Malabrigo Sock yarn).  They're knit toe-up, so if you are cutting it close on yarn, you can just split it into 2 equal balls before you begin and just knit until you run out.

My two favorite features of this sock are the texturing and the heel.  The twisted stitches that run across the instep pull the socks in at the arch, so you end up with a nice, snug fit.  And now that I've discovered the Fleege Heel (thanks, Margi!) I don't know why I'd ever go back to one of the other heel-making methods.  It's VERY easy to do, uses no wraps, and you end up with NO holes.  I just can't say enough good things about Fleegle!

The twisted stitches are not complicated, and a link to a video demonstration for these stitches is included in the pattern.  Other pattern supplements are a link to a video for Judy's Magic Cast-on and and article that illustrates how to work right and left leg increases.  The pattern is written for two sizes: US Women's Shoe Size 6/7 and Women's 8/9, and is written for magic loop, although knitting on double-pointed needles or with two circulars instead is a simple switch.

Many thanks to Margi and Kim who test-knit the pattern and whose input made it infinitely better!

Thanks in advance to everyone who is contributing to our town's recovery either by buying the Whirlwind Socks pattern, making a donation on your own, or giving your time and energy to one of the organizations that has helped out in the area.  Everyone here is determined to start fresh and make our community even better than it was before, and it means a lot to all of us that we have gotten so much support from people outside our little town!