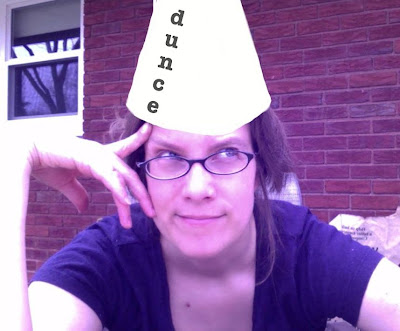 If you've been reading my knitting blog for a while, you may recall Salsa, a shrug I created last July.   It was a pretty easy knit, and I enjoyed making it quite a lot, but I stalled on writing it up as a pattern.

My dilemma was that the measurement the main part of the sweater was based on is the distance from the front of one underarm, around the back, to the front of the other underarm.  This is not a measurement that appears on any size charts I've seen thus far.  I briefly thought about measuring people of different sizes and figuring it out that way, but I didn't find a lot of willing volunteers, especially in sizes over about a women's large.  It's a little awkward asking people if you can take thie measurements...it's kind of like asking ladies to tell you how much they weigh.  While I could have that conversation with my mom or sister or a couple very close friends, it's not something I'm going to ask people I'm only casually acquainted with!

I knew there had to be a solution, and I just needed time to figure it out.  I also thought about purchasing some similar patterns and seeing how they figured the sizing, but I don't love going that route.  First, there might be reasons that a similar pattern might be figured with a little more or less ease, and I really want to start out clean with the exact measurements I need so I can decide what sort of ease should be added.  Second, sometimes I, probably like you, have trouble knowing (until I actually make the purchases) which patterns are going to have correct, complete information (including a schematic!) and which ones are going to have been written by "hobbyist designers" who might not include the information I need.  So again, I just decided to give my brain the time it needed to come up with a solution.

I'm a big believer in this.  I think "sleep on it" works for almost everything.  If I don't have an answer after the first night, I'll sleep on it again.  Sometimes it takes days, weeks or months to figure out the perfect solution to a problem I'm working on, but it almost always happens.  This time it took me ten months.  I'm sure my subconscious was working on it more than I was aware, and I certainly did think about the shrug quite a bit when I was working on other things this winter, but the answer didn't hit me until yesterday.

I was blow-drying my hair yesterday morning, and it came to me.  It really felt like the answer landed with a thud there in the bathroom with me and slapped me across the face.  It actually made me do a head-jerk the way a cartoon character might upon getting a brilliant idea.

The distance from the front of one underarm, around the back, and to the front of the other underarm is EXACTLY THE SAME as the circumference around the chest MINUS the width of the back (both very commonly found measurements on sizing charts.)

It's one of those things where once you know the answer, it seems glaringly obvious and you can't believe you even had to give it a second thought.  It makes me laugh that it took me 10 months to figure it out.  I didn't even ask the question in the Ravelry designer's forum that I've gotten advice from in the past because I was thinking, "This is a totally obscure measurement and no one is even going to know what I'm talking about."  Ha!  I bet someone would have come up with that in about 30 seconds.

So, as silly as I feel for taking so long to figure this out, I'm thrilled that Salsa can now go back on my list of things to do.  I'll have to dig up my notes for the pattern and make sure I still understand what they all mean, but hopefully this will be a pattern I can begin grading and release sometime this summer!  Yippie!
Posted by Nicole at 2:29 PM